Maddy Braddon, an infectiously energetic 21 year old Environmental Science / Marine Science student at Southern Cross University, has spent a good chunk of her life in nature. This contact with nature eventually lead her to Landcare, and most recently Intrepid Landcare. Hear what she had to say about her recent conference experience in Melbourne.

Moving a lot throughout New South Wales, bush walking, learning about nature and becoming an environmentalist lead to my discovery of Landcare. However, until recently, my involvement was limited to a few community tree planting days and working bees. Then I found out about Intrepid Landcare: an exciting new take on traditional Landcare, focusing on adventure, fun, leadership and most of all – young people.

In August I attended my first Intrepid Landcare event: ‘Weeds and Waves’, a day for young people – with a twist. It involved kayaking down the Brunswick River, in a beautiful, scenic coastal town in Northern New South Wales. I loved the idea of casual planting and weeding with the added fun of donated pizza (thanks Sticky Fingers Brunswick Heads) an eco-tour, bird watching and kayaking with awesome people! Typically, young people are very busy. Out there dream chasing, adventuring or working several jobs and/or studying full time. Hectic. I totally get it. So what really captivated me was the no lock in contract vibes about Intrepid Landcare. It was created by young people, for young people. 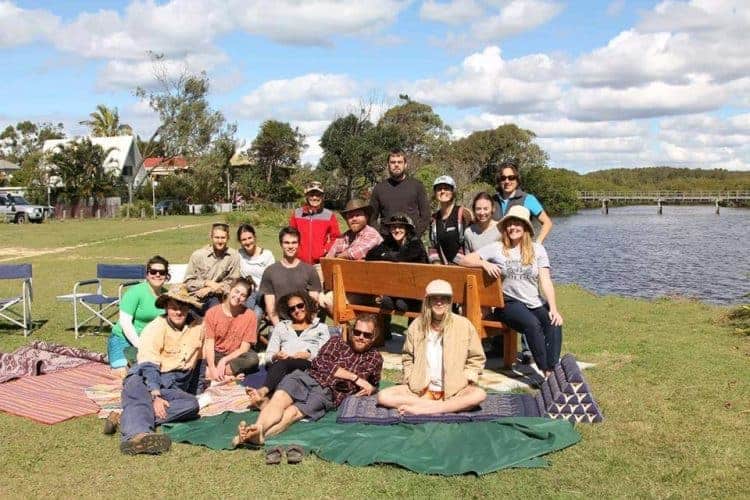 Photo: Fun group of young people out for a sunny day at the ‘Weeds & Waves’ event in Brunswick Heads (me on the far right).

After this event, I Facebook/ Instagram stalked Intrepid Landcare, and came across the opportunity to apply to be sponsored to attend the 2016 National Landcare Conference!

Arriving on Wurundjeri Country was very special and eye opening. I cannot even begin to explain how much this kind of experience benefited me. As a young, rural aspiring environmentalist/ environmental scientist, attending such a huge networking event is priceless- these experiences don’t come cheaply, and they don’t come around often where I live.

Out of the conference, there were a few major themes that stuck out to me: 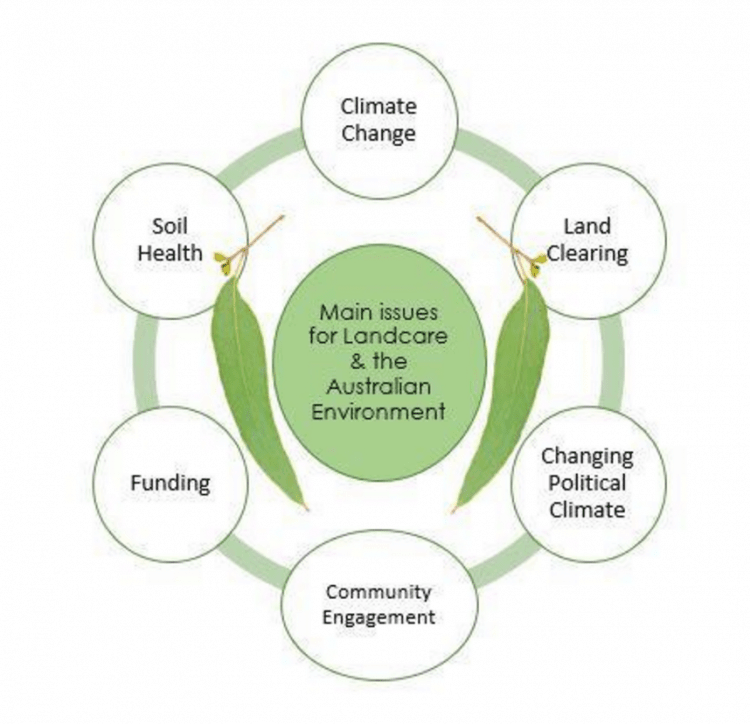 My main concern is Climate Change. I worry about what increasing fires, floods, droughts and irregular rainfall will mean for our native vegetation, our coast lines and our unique wildlife. Landcare has a fundamental role to play in strengthening our land, water and biodiversity through all of the on-ground activities undertaken by the thousands of amazing Landcare groups. This is why I want to get more involved with Intrepid Landcare in my area, the Northern Rivers. I feel that by engaging the next generation in caring for country, we have the chance to help make Australia more resilient to the effects of a changing, warming, wilder climate. We need to make sure that the doors are open for people from marginalised groups, too, which is an area I see that could be improved upon.

After attending some really informative, inspiring talks by scientists, landcarers, natural resource groups and government agencies, I feel that one thing is clear: collaboration leads to action. Working together using integrated, holistic approaches is the best way to ensure that real outcomes are achieved for the sustainable, long-term benefit of the community, land, water and biodiversity. Young people have a big role to play too. By working alongside our Landcare role models we can be the change we wish to see in the world. I am incredibly energised, inspired and ready to leap into action with Intrepid Landcare in my region. 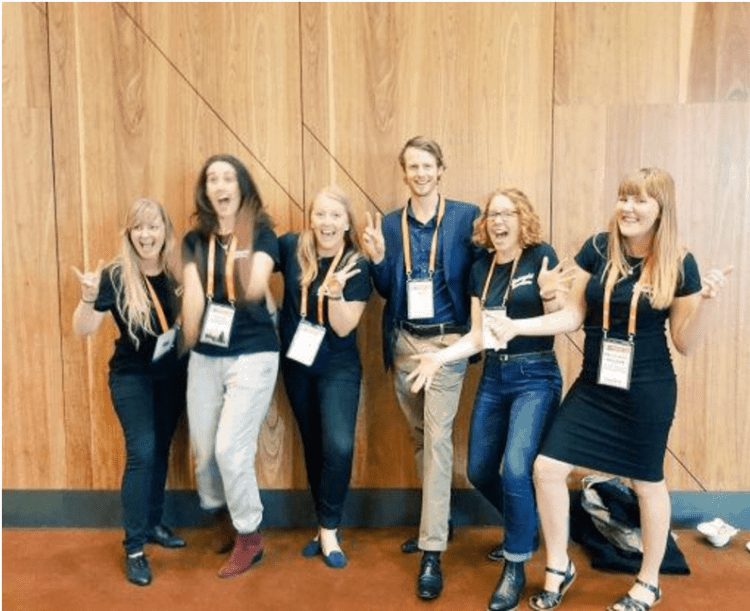 Photo: Some of the Intrepid Landcare Tribe after we were interviewed by ABC Rural! (me on the far right)

My favourite presentation was probably the Rivers of Carbon story. I loved this because it is a group that combined storytelling, a love for rivers and action to combat climate change. The concept is to work with landholders and farmers that are willing to strengthen their rivers for the benefit of their own productivity but also, the climate.

One of the most surprising things I learned about Landcare was just how diverse it is. People from all walks of life flocked to Melbourne and were all involved in Landcare in some way. The community spirit that Australian’s have always amazes me. I especially enjoyed hearing the stories from Indigenous groups about what they are doing to protect their ancient, sacred sites. 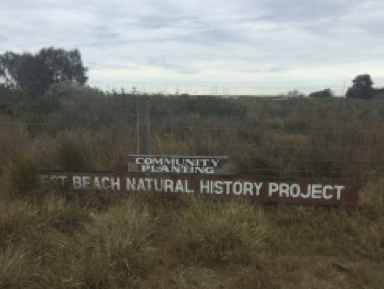 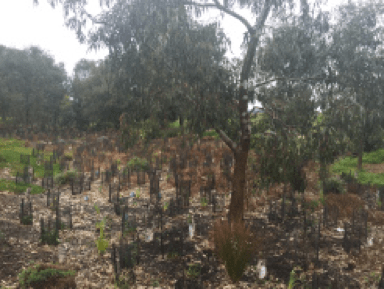 Photo: Two of the Coastal Bayside field trip locations we visited on the first day.

Next generation Landcarers have many challenges, but also opportunities. With Intrepid Landcare I see amazing potential for young people to rise up as empowered leaders/ change makers in their communities and abroad. I see the future of Landcare forming on the back bone of 30 years of incredible, hard work done by real, hard working people with more partners and collaborations between groups than ever before. In terms of supporting young people into the future, I think the government really needs to be looking at how caring for country can be integrated more into schools. I’d love to see more agricultural awareness being integrated into school curriculum, more outdoors experience, more knowledge of soils and food production being taught at all levels of education. Of course, there should be more funding being put into efforts such as Intrepid Landcare. Young people want to change the world, but they also love an adventure, and why not reward them with that. Many thanks to Megan, Naomi & the Intrepid Landcare team, Richmond Landcare, and all of the sponsors that helped me get to Melbourne! And shout out to all the other amazing Landcare groups in the Northern Rivers! 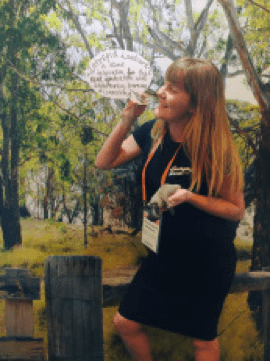 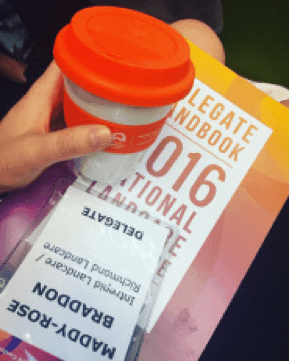 Photo: Some of the highlights from the #Landcareconf16 including the reusable Landcare cup and Boomerang Bag and celebrating 30 years of Landcare in Victoria!