Well 2017 has already been one hell of a ride and we are only half way through. And since so much has gone down in the woods, we thought we’d throw you a little (biggish) update about what we’ve been up to and what our tribes have been creating all over Australia. 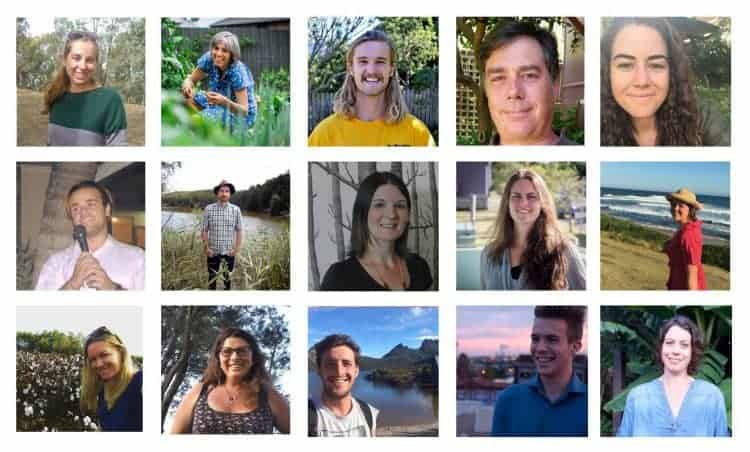 The year was off to a rocking start with a grant from NSW Family and Community Services. We pitched an idea in partnership with Picture You in Agriculture to pilot a schools sustainability program. The aim of the program is to engage and train a small group of passionate people from the Illawarra region (NSW) who are working on different areas of sustainability in relation to the United Nations Sustainable Development Goals.

The Young Sustainability Ambassadors (YSA) program is training fifteen people from the Illawarra in communications and public speaking so they are equipped to then go into local schools and tell the sustainability story as part of the Kreative Koalas program. Schools will then go on their own investigative journey about sustainability and produce an artwork on a giant fibreglass Koala, a number of communications outputs, and will co-design a community project for impact.

We recently hosted the official launch of the event introducing local schools and our ambassadors to one and other. The creative discussion around local and global change that began to emerge around the room was pretty inspiring and we can’t wait to see what happens next!

YSAs will be heading into schools throughout term three, you can meet them online here. They are pretty amazing. 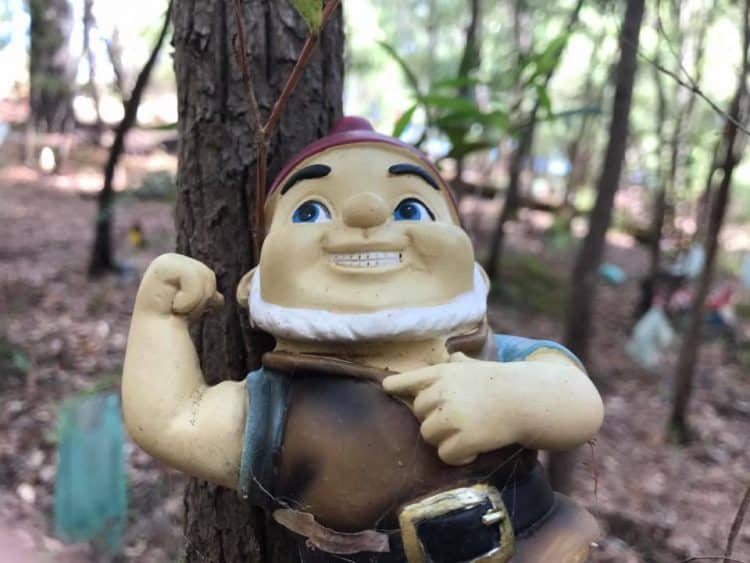 Yep. We defs had to check out Gnomesville while we were there…

In our previous blog we wrapped up our epic NSW tour launching the “Tips & ideas to support young people to create change” resource and shared some of the insights about what we achieved through the workshop series.

Since our NSW tour we have since headed over to Bunbury WA to deliver a workshop with the super cool dudes at South West Catchment Council. The room was filled with highly inspiring and passionate staff and volunteers working on local and regional environmental projects. We even had a team of amazing Green Army participants join us for the day and hone in on their leadership and project design skills. It was a blast hanging with the crew for the day and we look forward to seeing more of the great stuff happening on the other side of the country.

Thanks for having us WA!

You can access more information about the ”Intrepid Way” workshop and “Tips & ideas to support young people to create change” resource here.

One of our signature services here at Intrepid Landcare is our Intrepid Landcare Leadership Retreats. Our Retreats bring together young people in communities to connect, discover and then plan to lead the change for their local environment they wish to see.

Our Retreats are co-designed with local communities and networks and integrate cultural awareness and connection, self-discovery and leadership, project planning, nature connection and of course some epic good times and outdoor adventure.

Intrepid in the west 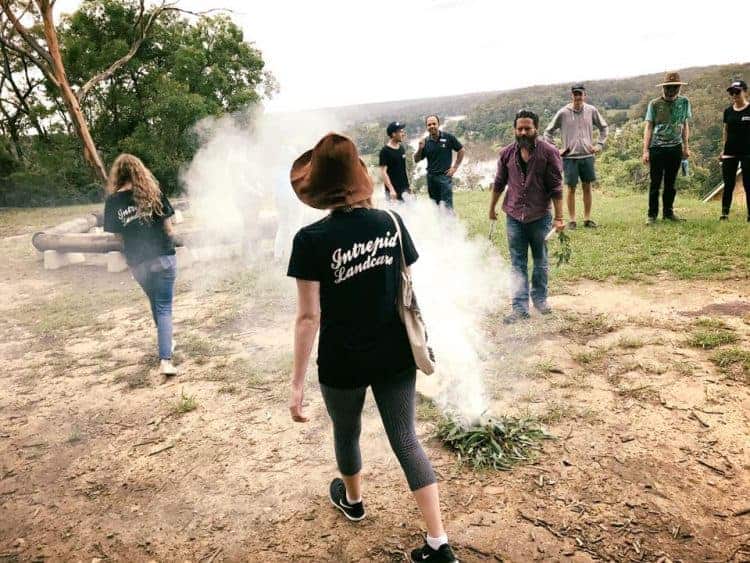 Held at the Brewongle Environmental Education Centre overlooking the mighty Hawkesbury River, over the weekend of 25th – 26th March, the Western Sydney Leadership Retreat brought together young people from across Western Sydney and beyond to check out what Landcare has to offer, connect like-minded peeps, and get their hands dirty with some conservation work, kayaking, cultural connection, adventure activities, a little self-discovery and leadership development.

What a superb bunch of humans who are now creating events for other young people across Western Sydney! Currently in the midst of planning more sweet events, be sure to follow them on the ‘ol social media to stay up to date.

“The Intrepid Landcare Retreat was a complete mind shift. Not only did I get to connect with like minded and passionate people, it was really inspiring to hear the story of Intrepid Landcare and empowering to understand how I can can contribute.”

Intrepid in the south 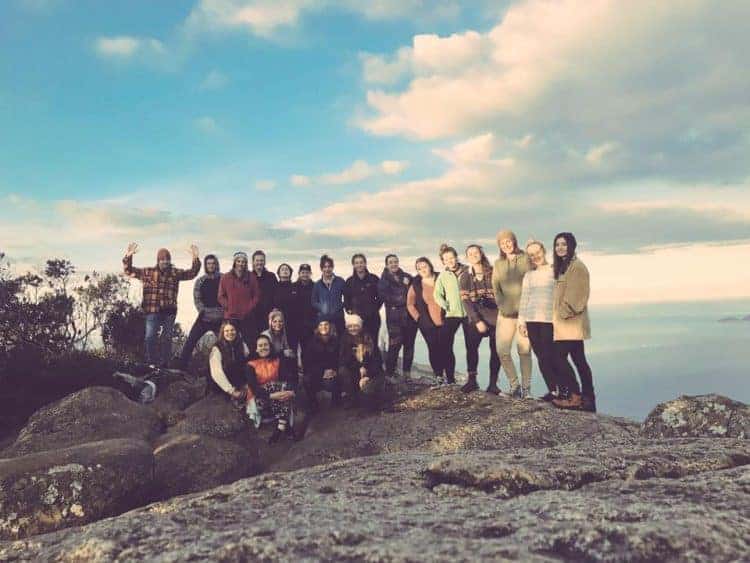 Standing on a mountain

Young people from across the Gippsland region and across the state came together over the weekend of the 13th – 14th of May to explore more of the local area, and discover what they wanted for their local environment as young leaders. From secret cultural walks to pizza making, docos and sunrise hikes up mountains, these like-minded legends had an awesome time getting to know each other and are now planning conservation events for the Gippsland region throughout the rest of 2017. You can follow their journey here.

“I’m super excited to see Intrepid Landcare come to Victoria. I was so inspired by our hosts and this amazing group of young people. I left the weekend feeling networked, empowered and excited and I can’t wait too be a part of what’s next.”

This year has also been a flurry of launches, where young people in communities around Australia are digging their heels in, starting their own tribes and getting their hands dirty with some on-ground action. 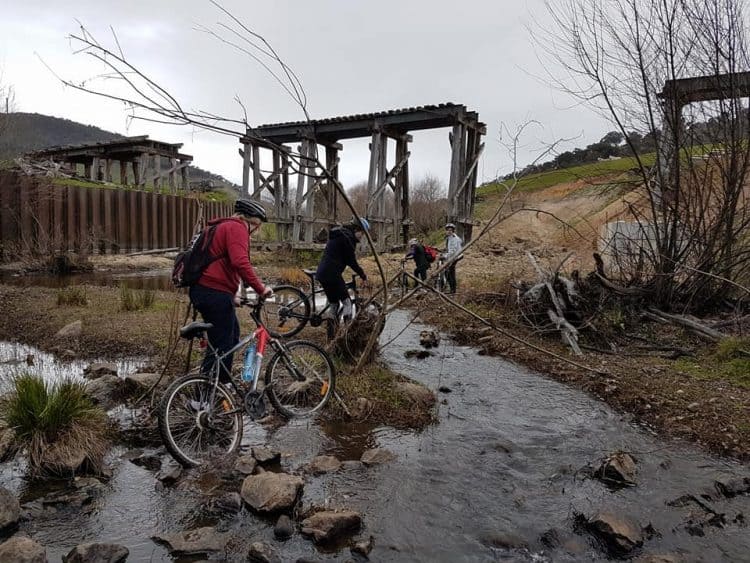 Our day started in the Upper Murray region at the old Koetong Rail Station that is little more than a sign. Where we had Lyn Coulston, who is the member of the Landcare Group of that region, and she spoke to us about some of the sensitive areas up there where they have identified 33 endangered species of plants, and the Blackberry Project they also have running. We then gave a demo to our guests on how to cut and poison some plants and then had them group up to cut down some of the Cotoneasters that were growing there. Teaching them a few different techniques and why we do it in certain ways to get the best results from weed removal.

Finally after a warm up, we hit the historic rail trail with our bikes and started pedalling. We stopped at one of the old Trestle bridges for a delicious lunch of wraps, kindly provided but Parklands Albury Wodonga. All the while teaching our participants some of the native plants we were passing and why some of them are called what they are, like the Bursaria’s nickname is Rattlebush because of the sounds it seed pods make when you shake the branches. The Oven’s Wattle is the Vegemite plant because of its smell when you crush the leaves. We passed plenty more trestle bridges, and wombat holes, but we didn’t see any furry friends, it was even too cold for them! But what’s an adventure without some danger like meeting a bull head on, on the track, or crossing a creek to get the track on the other side because the bridge is still under repairs. Luckily only a couple of people got wet shoes and we were near our pick up point.

Over all it was a great day despite the cold and the little bit of rain. But every one had lots of fun and I know everyone learned something new or had their eyes opened to a slightly new perspective to the meaning of landcare and it doesn’t just mean the small weeds in our garden beds. We’re keen to get more young people out and about on our projects experiencing adventures like this and hopefully later in the year , when its warmer, there might be a possibility of canoeing down the Murray river or one of the others in the region and having an overnight camp and doing some more woody weed treatment along the banks. 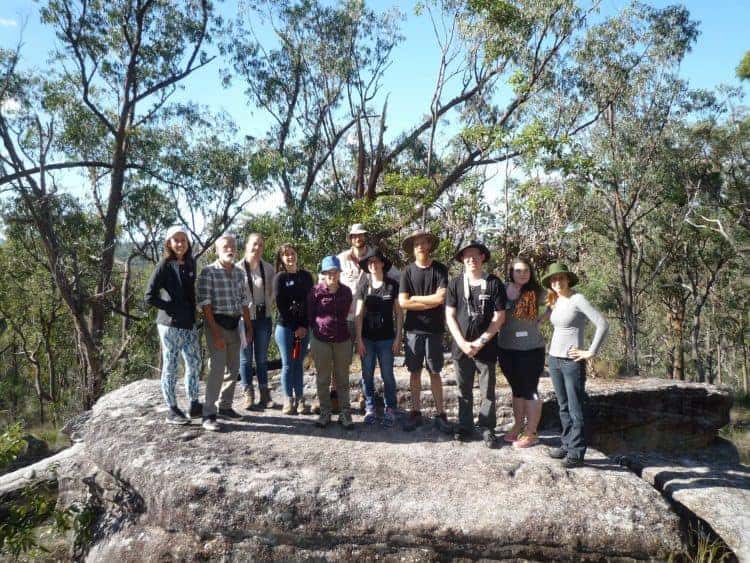 In the months leading up to the launch, new co-coordinators of Brisbane Intrepid Landcare Jessica Roffey and Mathew Townsend worked to form a core team of inspiring and motivated young people in the Brisbane region. We enjoyed listening to the group’s inspiring stories and experiences together sharing similar values and passions. In the afternoon we went on a bushwalk through the Karawatha Forest, led by the Karawatha Forest Protection Society who guided us the learnings about protecting the forest space in the middle of suburban Brisbane. At the end of the bushwalk we tried our hands at making some Tea Tree Soap.

At the end of the day we worked together on planning a short to long term vision for our team. This month we are going to promote our group to the wider public, seeking opportunities with stakeholders as supporters and sponsors, and potentially host a National Tree Day event on the 30th of July with a local Bushcare group.

To stay up to date with our journey and to get involved in up and coming events, follow us on Facebook.