No limits for Elliot

This year we’ve met more young people keen to do stuff that matters. And at our Intrepid Landcare Leadership Retreat (North Sydney) held at Lane Cove National Park, amongst a super inspiring tribe, we met Elliot Connor. A 15 year old legend from Mosman who attends school in Manly, is incredibly passionate about nature, but has a particular interest in wildlife and insect photography. We only heard about Elliot and his idea of running bioblitz events days before the retreat, but at short notice he was able to apply to attend, and we’re stoked to have had him along.

The reason we were so keen for Elliot to be involved, is because during our retreats young people get to discover what leadership is for them, and how they CAN do stuff that matters. And during our retreats young people get a sense of what is possible, who is in the landscape doing epic stuff and the support networks they can tap into. They can also see that Landcare is seriously underrated and that there are endless opportunities. Elliot was already working on an idea of holding a bioblitz event at Ku-ring-gai Chase National Park in April, so he was able work on that idea during the retreat to make it happen… and it did happen, over the weekend of 14th – 15th April.

We caught up with Elliot post-bioblitz, and here’s what he got out of the experience…

Why are you passionate about native plants and animals?

I’ve always been interested in nature. My family took me on birdwatching expeditions from a young age, and our favourite holiday destination is the Kruger National Park in South Africa. More recently, I have developed a passion for insect photography – I like how it allows you to see so much more detail than it is possible just with the naked eye.

What was the purpose of the bioblitz, and where did the idea come from?

A bioblitz is an event in which a group of people meet for a few hours or a weekend and try to record as much flora and fauna as possible within an area. The data gathered from events like this all goes towards building up a better understanding and knowledge of species’ habits and distributions through its inclusion in large-scale platforms such as the Atlas of Living Australia. I first read about the concept of a ‘bioblitz’ about a year ago in a BBC Wildlife magazine, and was quite taken by the idea and the potential it had for connecting people with nature in a fun, collaborative atmosphere.

How did you approach organising the bioblitz?

My strategy for organising the bioblitz was probably something I could improve on going forward, as it involved mostly sending out lots and lots of emails. I contacted all the nature organisations I could think of and asked them to help publicise the event, as well as my own school and a few other existing contacts I had. On the day, I had my family help me to set up a few tables outside of the Kalkari Discovery Centre, where we met people coming for the bioblitz, and also spoke to the regular national park visitors.

Who attended, who did you meet, who helped you?

We got 16 people who came specifically for the bioblitz, which was good. The sign-in sheet I used has allowed me to keep them as contacts for the future, which will help to expand my network. Another keen naturalist from the area by the name of Jayden Walsh, as well as the Australian Museum and the NSW Bushwalking Association all helped with publicising the event.

What species did you find, any cool ones?

In total we made about 160 observations and 99 species were recorded. A few highlights of the weekend were a Red-Bellied Black Snake sighting on both days, and a White-Bellied Sea Eagle flying overhead on the Sunday.

Where to from here? what support are you looking for? where could people find out more information?

My aim for building from the first bioblitz is to set up a group of fellow nature-enthusiasts from the Sydney area who would meet once a month (on the last Sunday) to do more bioblitz-style and other nature-themed activities. This would provide a core group of people who could then bring along friends and others to take part, and that way better connect others to the natural world. I plan to have regular meetings with anyone willing to help organise such a group. If anyone is interested, they can send me an email at elliotconnor212@yahoo.com.au. 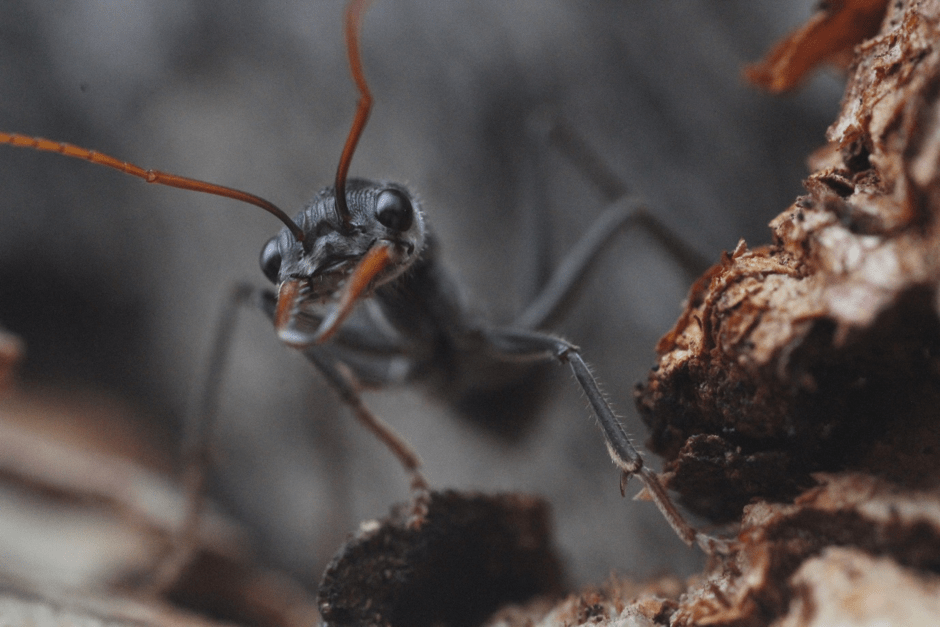 If are you keen to do stuff that matters, connect with other like-minded people, or inspire young people in your community, please do not hesitate in contacting us to find out how we could support you, hello@intrepidlandcare.org